“Sheer Driving Pleasure”: the history of the BMW slogan.

For over half a century, this claim has been synonymous with the BMW driving experience. But how did the iconic slogan come about? And why is it more relevant today than ever? The answers are revealed in this brief journey through BMW’s history.

Always stay up to date

Innovative mobility, exciting trends for the future and high RPMs: Subscribe now to get notified of new content.

Subscription failed. If you need help follow the link for support.

How does this sound?

You can also listen to this article via Changing Lanes, the official BMW podcast. Apart from this and other narrated articles, Changing Lanes offers you fresh new episodes every week, packed with exclusive insights on tech, lifestyle, design, cars, and more – brought to you by hosts Sara and Jonathan. Find and subscribe to Changing Lanes on all major podcasting platforms.

The ‘Sheer Driving Pleasure’ slogan delivers positive emotions and does exactly what a claim should. 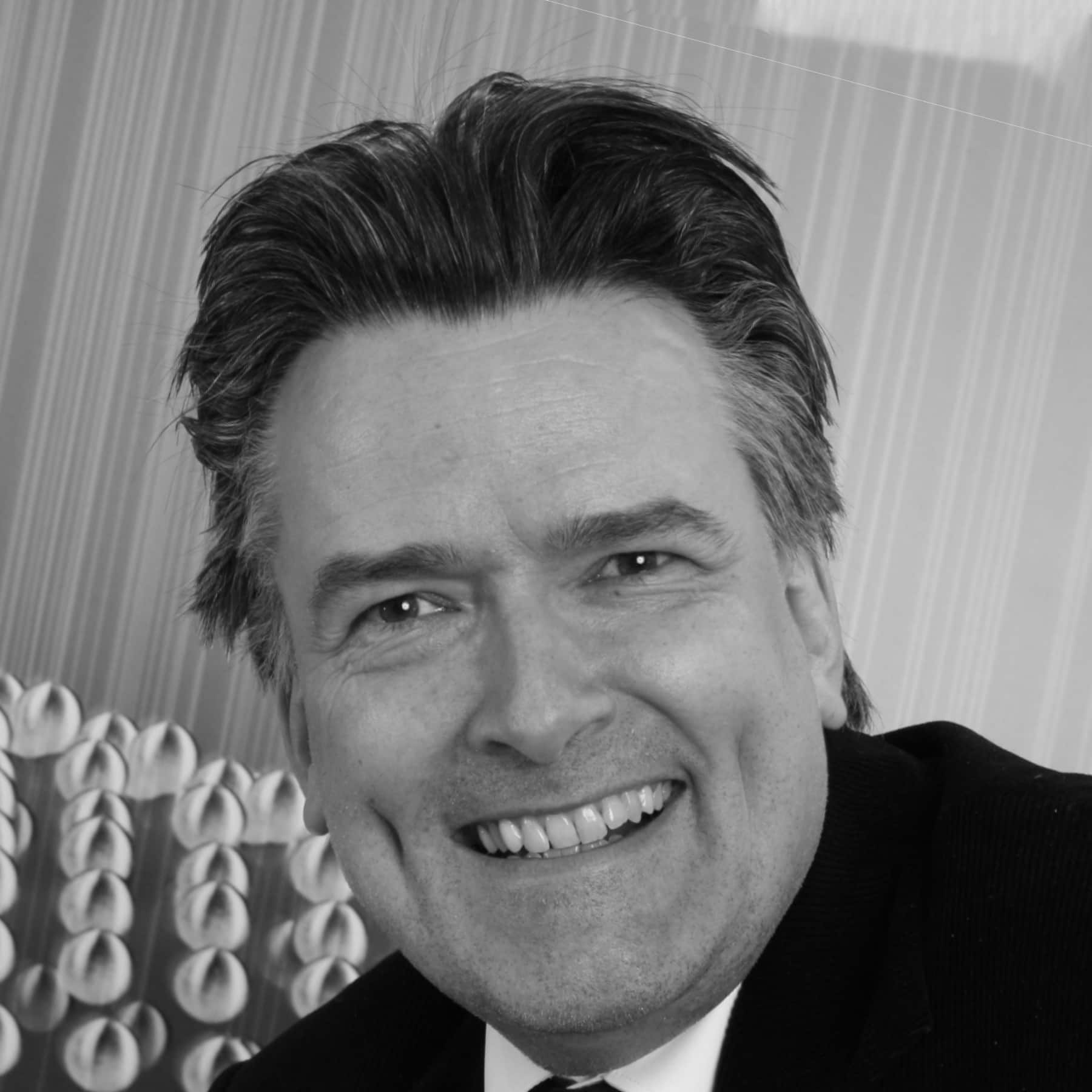 Head of Corporate and Brand Identity at the BMW Group

Three words with harmonious alliteration: a powerful brand slogan can be so simple. Since 1965 respectively 1972, the German claim “Freude am Fahren” (sheer driving pleasure) has been used for advertisements and commercials, in image campaigns and on social media. “The slogan delivers a positive emotion. With pleasure being at the core of BMW’s brand, it does exactly what a claim should,” says Joachim Blickhäuser, Head of Corporate and Brand Identity at the BMW Group.

First use of “pleasure” appears in the mid-1930s

If you delve into BMW’s history, you will notice that the BMW logo (➜ Read more: The BMW logo – meaning and history) has been an essential element in all of its advertising campaigns. The logomark was first used as a symbol of recognition and differentiation in 1917 – years before the BMW aircraft engine manufacturer (➜ Read more: Technical marvels: 12 standout examples of a BMW engine) would bring its first vehicles to market. But at that point, the company was still a long way away from a brand claim and wordmark. The word “Freude”, meaning “joy”, “fun” or “pleasure”, first appeared in BMW advertisements in the mid-1930s. In 1936, a billboard for BMW cars and motorcycles informed drivers that “Kraftfahren muss Freude bereiten!” (driving should be a pleasure!). Ad templates destined for dealerships emphasized the “Freude und Nutzen” (pleasure and convenience) of BMW vehicles, and touted the joy of a no-obligation test drive („Freude einer unverbindlichen Probefahrt”). In addition, an ad for the six-cylinder BMW 326 touring model promised potential buyers “doppelte Freude am Fahren” (double the driving pleasure).

BMW adopted a less emotional approach after the Second World War. In the 1950s, its advertising experts created individual campaign slogans that highlighted the key characteristics of its various model series. Ads for the large 501/502 sedans and the 503 coupé targeted the status-conscious buyer: “Auto fahren viele. BMW fahren Anspruchsvolle.” (Lots of people drive a car. The sophisticated drive a BMW). Occasionally, the V8 models were promoted as “Wagen von Welt” (cars of the world) or, for overseas export markets, “Die Europäische Linie“ (the european line).”

The company slogan in 1955 typically also featured a cheerful rhyme, such as this one for BMW’s Isetta: “Freude haben – Kosten sparen – BMW Isetta fahren” (a pleasure to drive – save money – drive a BMW Isetta), (➜ Read more: BMW Isetta: the history of a savior, icon and everyday hero). This is when “Freude” (pleasure) began appearing in BMW advertisements again. But there was still no push to create a brand-defining slogan. The catchy “Mehr denn je … BMW” (more than ever... BMW), which rhymes in German, appeared sporadically, while another famous slogan, “BMW ... eine Klasse für sich” (BMW... a class of its own) was often used in the boilerplate of many company press releases. A claim spanning the brand as a whole, however, was missing.

From text element to official slogan

That changed at the beginning of the 1960s, when BMW accompanied the launch of its “Neue Klasse” (new class) with a marketing strategy that took a different tack. Sporty, reliable, emotive – these were qualities that had stood for BMW products from the very beginning, and which were now to be the focus of product communication for the new mid-size models. In 1964, an ad for the BMW 1800 ended with the phrase: “... aus Freude am Fahren.” (... for sheer driving pleasure). This tagline subsequently started appearing in other ads as well – sometimes in the header, sometimes in the text, and finally next to the logo. In 1965, BMW adopted “Aus Freude am Fahren” (for sheer driving pleasure) as its official slogan, which thus came to be an integral part of the brand image.

BMW Motorsport and the Olympics as trendsetter for corporate identity

The 1970s saw the further professionalization of the company’s marketing – as well as the harmonization of its brand image. In 1972, the word “Aus” at the beginning of the claim was cut to create the official BMW slogan of today. BMW Motorsport GmbH was founded in the same year, and marked a further step since this sub-brand serves a pilot function for its own independent corporate identity (➜ Read more: Blue, purple, red: a history of the BMW M logo). Another milestone was the architecture of the new BMW high-rise building, which was also completed in 1972 – the year the Olympic Games were held in Munich – and right away was nicknamed the “four cylinder” due to its unique design.

At the same time that “Freude am Fahren” became the company slogan in 1972, its translation for export markets was also standardized. Before this, many freely translated variations of the car slogan had been used. In English-speaking countries, for example, it had been translated as “BMW puts pleasure back into motoring,” and “For the joy of motoring” or sometimes “For sheer driving pleasure.” “La joie de conduire” was used in French, and in Spanish it was “Para el puro placer de manejar.” Afterwards, a more literal translation was adopted in both French (“Le plaisir de conduire”) and Spanish (“El placer de conducir”), while in English the slogan was a little more loosely translated as “Sheer Driving Pleasure.” The one exception was the U.S., and now most recently the U.K., where BMW advertises its cars as “The Ultimate Driving Machine.”

Head of Corporate and Brand Identity at the BMW Group

A claim for the future

So is this the end to the story of BMW’s slogan? The use of marketing slogans is certainly changing – not least as consumers’ perceptions and sensibilities evolve. “Given all the digital formats we have today, consumers must be able to quickly understand what we want to communicate to them,” says Blickhäuser. “We have a more flexible policy on communication now. Content, imagery and the modified BMW logo remain essential elements of the brand image. But today, the use of the slogan is optional.”

Does this mean the famous tagline is to be discontinued, especially in view of trends such as electromobility (➜ Read more: Electric cars and plug-in hybrids explained) and self-driving cars (➜ Read more: The road to autonomous driving)? “Not at all,” says Blickhäuser. “‘Sheer Driving Pleasure’ describes the essence of the brand, which is very robust, resilient and future-oriented. The pleasure a person derives from their car has nothing to do with its drive technology – or whether it’s driven autonomously or not. Joy is universal. It is a human emotion that binds us all together. So I think it will remain just as relevant in the future as it is now.”

The history of the BMW slogan “Sheer Driving Pleasure”

The BMW slogan “Sheer Driving Pleasure” has evolved over the years from various brand claims in German. The term “pleasure” first appeared in the 1930s in BMW ads. It was later expanded to “Sheer Driving Pleasure.” The three-word claim was officially adopted in 1972, and, with a few exceptions, is used around the world to advertise BMW vehicles.

➜ The history of the BMW M logo and its colores

➜ The BMW name and its history

➜ Bimmer, beemer, beamer – how BMW got its nicknames

➜ The “correct” pronunciation of BMW

Your guide to virtual racing

The types of electric cars you need to know